Building bonds : Changing ideas on what it means to be a father

Growing up without a father and working long hours in the youth sector meant John was not very involved in raising his son. When John started his book-sharing facilitator training, he was encouraged to spend time with his son at home and practice book-sharing. John welcomes the new relationship that he and his son have built and believes that book-sharing could benefit fathers across the country. Together, in doing so, this could benefit South Africa as a whole.

A different experience of family

John’s childhood was a very different experience to his son’s. “I never got a chance to grow up with such a thing as my own family” he explains. He was born in Rwanda during the time of the genocide. At the age of four John left Rwanda – his parents were not with him. When he was 17, John came to South Africa with a man he was working for in Malawi. Xenophobic attacks flared in 2008 and he was taken to KidsHaven for his safety.

John left KidsHaven to complete his studies in Youth Development. He now works in the aftercare programme at KidsHaven – the same place he went for assistance when he was younger. His work focuses on helping to integrate children who have been living or working on the street back into society. “We [KidsHaven] are 28 years into advocating for these young people.”

Building a bond with his son

Although he is passionate about his job, John’s intensive work schedule at the shelter had a negative effect on the time that he was able to give his own son. “When you get home you’re exhausted and don’t have the energy for your own son…I used to go home and go to bed without even speaking to him”.

The Mikhulu Trust approached KidsHaven to get involved with book-sharing training. KidsHaven works with many different organisations in the Gauteng communities and a lot of them focus on Early Childhood Development. Becoming a book-sharing facilitator was a way for John and others from KidsHaven to help support these ECD centres and organisations.

During these facilitator training sessions, John was encouraged to practice book-sharing at home with his son. “When I started book-sharing with him I saw changes within three days. We were telling stories. We were identifying different things and spotting his interests and likes. It improved my bond with my son.” John’s son started speaking to him before he left for work and when he got home – wanting to tell him about his day. This was very different to their relationship before. John stresses the importance of finding even fifteen minutes a day to spend with your child and to watch the relationship bloom. “You can see he just wants to be around me, talking.”

Changing ideas on the roles of fathers/h2>

Through book-sharing, John witnessed a beautiful transformation in his relationship with his son. He would like to see more fathers joining the sessions with their children. “We have people in our society who believe ‘boys should grow up to be men’, they need to be hard, but it’s not like that. You need to know if your child is happy or sad. One of the benefits of book-sharing is to know your child well.’

John feels that having more present father figures in children’s – especially young boys – lives, will have a positive impact on the future generations of South Africa. He sees men taking their sons to soccer practice or other extra mural activities and believes that book-sharing can be introduced into these households – it is not necessary to ‘stick to the old rules’ of what is considered the mother’s role and what is the father’s role.

John and KidsHaven have identified 12 families to start their book-sharing sessions with and they are looking forward to implementing these sessions soon. 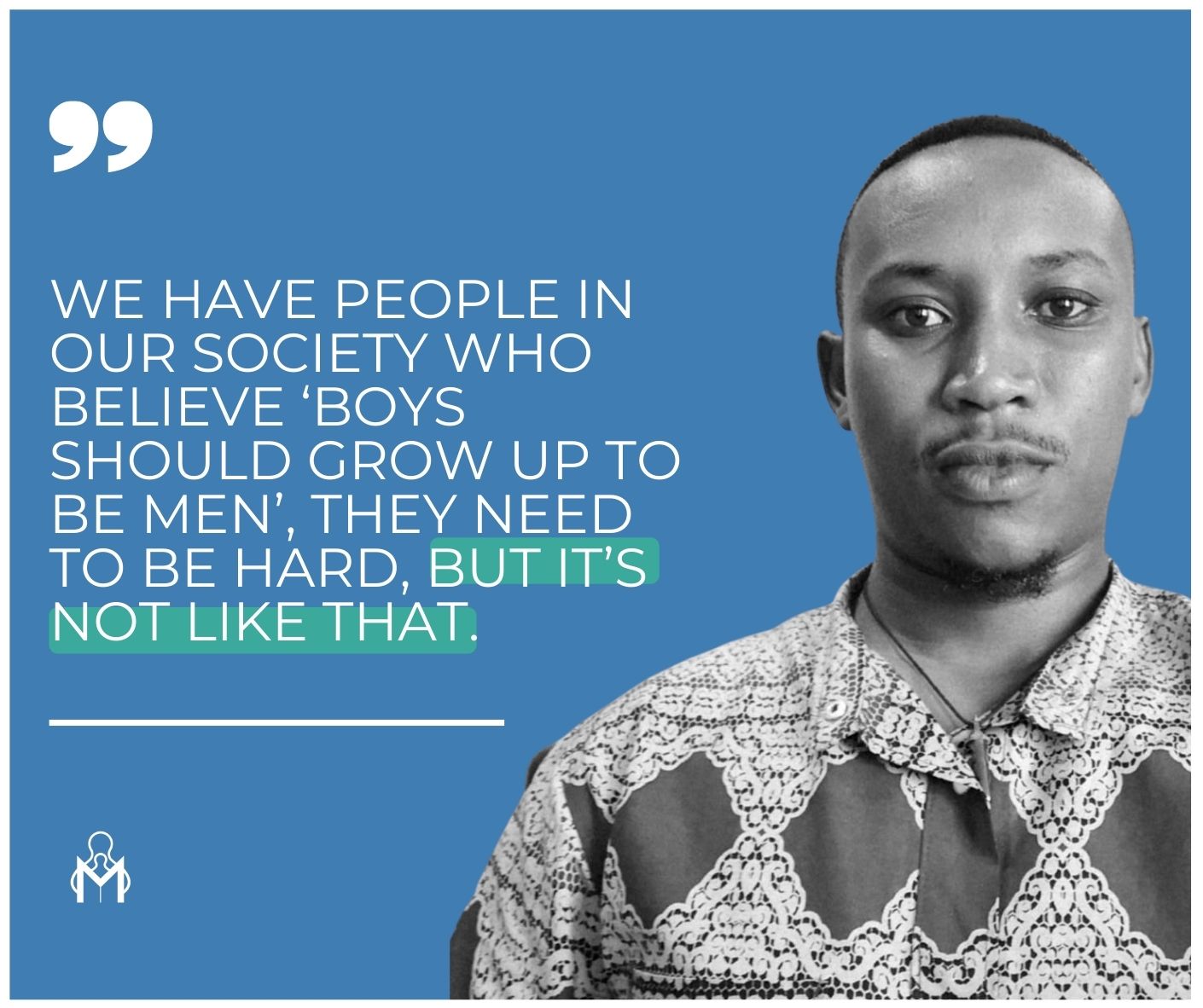