On 28 June 2019 we officially launched a series of six new wordless picture books. Thanks to all the colleagues, partners and friends who attended the event at the fabulous Harare Public Library in Khayelitsha. It was a wonderful celebration of the hard work that has gone into realising this dream.

Three of the illustrators were able to attend the event: Lyn Gilbert, Moloko Mabotja and Mafotse Mashweshwe. At the event they shared their experiences of creating these wonderful books and the challenges they faced.

Lyn is an experienced artist and book illustrator and illustrated the first books that the Mikhulu Trust developed in 2017, namely Little Helpers and All’s Well that Ends Well. She joined the team again in 2018 to mentor our illustration interns, working with them individually each week to ensure that their artworks coherently told a story that included lots of details that could stimulate children’s development. With some members of the team located outside the Western Cape, Lyn was faced with the challenge of mentoring illustrators (including Mafotse and Moloko) via Skype but she managed this with her usual enthusiasm and dedication. 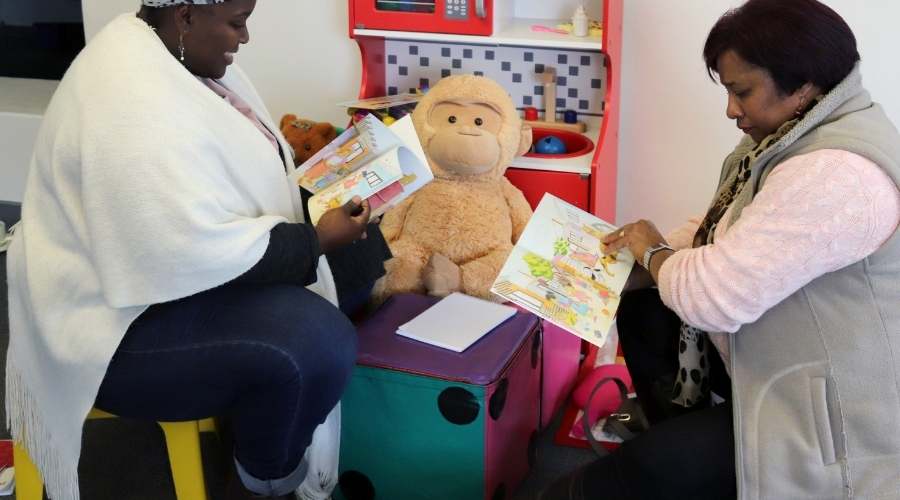 Mafotse, a student at the Tshwane University of Technology, recounted how she struggled initially to realise the story creator’s ideas. After months of work, she had to completely rethink her approach to the story. Despite having exams and other commitments, Mafotse persevered and ultimately delivered the engaging illustrations for A Girl and her Dog go Shopping.

Moloko meanwhile took on the challenge to create illustrations for What a Mix Up, the story of a group of babies who crawl through the fence to swap places with the dogs next door, perplexing the older sister who is looking after them. Since it places such emphasis on perspective, this book poses some real illustration challenges, both creative and technical. Moloko explained to the audience how difficult it was to ensure that none of the key elements of the pictures were placed across the centre of the page where the book fold would ultimately be. He eventually solved this dilemma by placing the yard fence across the centre, allowing the story to unfold on either side. The result is a charming story that children find very amusing.

We are extremely excited to have these books available for book-sharing. Our training programmes are currently being updated to include the books and we look forward to sharing them with partners, ECD practitioners and caregivers. 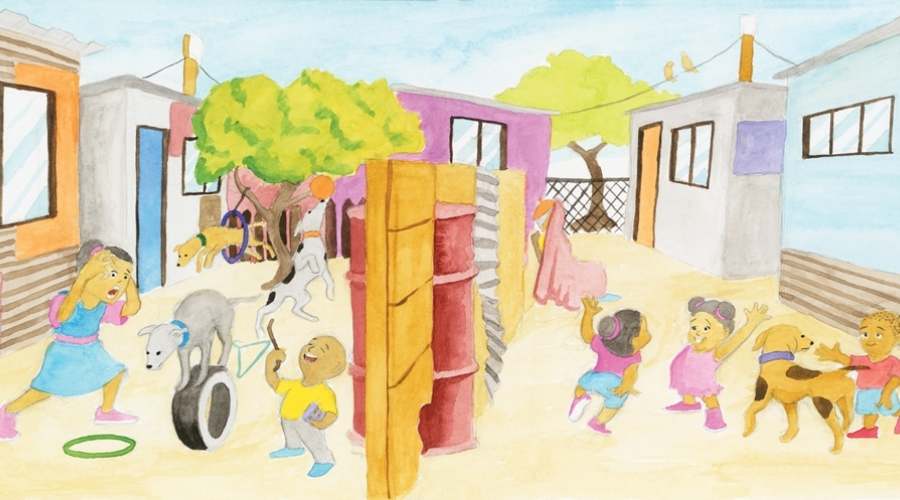